Marsha Roberts has once again teamed up with her great friend and actress, Della Cole. They have worked together for over 25 years on a variety of film, theatre and audio projects, the highlight being the many years Della starred in the Rector Roberts Productions show: Letters From The Front. With Marsha as Producer and Della as the actress, they entertained American troops all over the world. Many of those adventures are chronicled in Marsha's best-selling book "Confessions of an Instinctively Mutinous Baby Boomer and her Parable of the Tomato Plant." 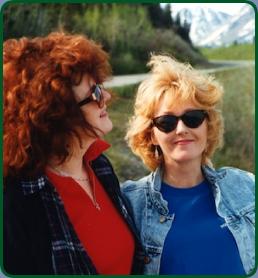 Now Available as an Audiobook 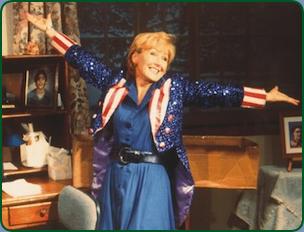 This time the project was turning Marsha's book into an audiobook and, naturally Della was Marsha's first choice to do the narration. This unique memoir has been called "Funny, touching and inspirational" ~ "Heart tugging and heart warming" ~ "Delightful!" And Kirkus Reviews said it was "An optimistic look at the magic of life." A perfect combination of acting talent and material, since Della is known for her big heart and her sense of humor.

"As for me," Marsha Roberts shares, "I couldn't imagine anyone but Della narrating my book. She's done a fabulous job, so much heart in every word. I'm so very proud of the finished audiobook!"

This entertaining and uplifting audiobook has just been released and is available on Amazon, Audible and iTunes (open your iTunes store and go to Audiobooks>Biography & Memoir>Marsha Roberts). 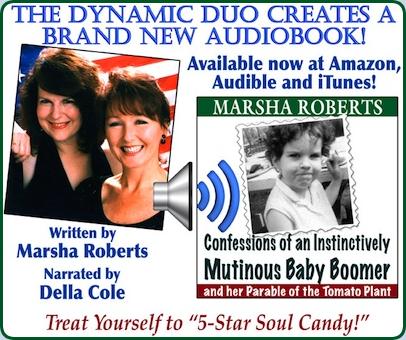 One of the most memorable scenes is set in Germany. While Della is performing, American troops are landing right outside the theatre, coming home from the front, a story Marsha shares with her readers in Chapter 25: The Echo of the Prayer in the Gym. Unforgettable memories for both of these seasoned professionals.

For Della, it was a labor of love. "I've known Marsha for so long and experienced many of the stories in her book with her. There were times when I was doing the narration that I had to stop because I was either laughing out loud or there were tears in my eyes. I looked forward to every session. It was a joy to read - I just love this book!"